History of Manufacturer:
Trailorboat Mfg Co built their version of a teardrop between 1961 & 1963. The teardrop with a boat on the roof!!! Built in San Rafael, California, the sleek and innovative Trailorboat offered travelers snug overnight accommodations inside its small cabin and a convenient way to transport a matching boat to seaside destinations.

Fiberglass construction made lifting the boat into the water a simple task and the tongue was adapted to hold a small outboard motor, which could easily be attached in a few minutes. The large rear door dropped down to reveal storage space for suitcases, picnic baskets, fishing gear and other equipment.

With no real official count of the total number manufactured, the popular belief is that somewhere between 157 and 400 of these were built during their three year run, and not many are left.

In 2002, Ted Valbert of Puyallup, WA, USA created a new set of fiberglass molds for both boat and trailer body from an original Trailorboat and built a handful of reproductions. Two of these are now in Japan and several were purchased by local buyers.

Moors is the former production vice-president of Uniflite Boats, of Bellingham, and later Chris Craft. He is generally credited with creating the world's first personal jet watercraft, with a custom one-off build in 1965. Over the course of 30 years Moors, with a crew of 500, built more than 11,000 boats. One of their most notable production boats was the Viet Nam-era river patrol boat: The PBR (Patrol Boat, River). This boat played a major role in the movie, “Apocolypse Now!” One fact of which many people are unaware is the rapid time frame in which Moors and crew went from prototype to full production to beginning field delivery of an eventual 500+- boats: Just nine months.

Another Moors design that reached Hollywood was the lifeboats for the movie, “Titanic.” This design started life as a World War II wooden Coast Guard lifeboat, from which Moors created the original molds and built the working boats.

Moors and his crew are now preparing to resume building reproductions of the original Trailorboat design, under the name of TrampAlong Trailers (TM), with deliveries projected to begin in mid-2009.


Where did I find her and what work did we do:
She was found in Chicago Illinois in all original condition. She had the original boat and the Trailorboat emblems which are often missing.

Modifications:
Restoration has not yet begun.

Specs of my Trailorboat
Before 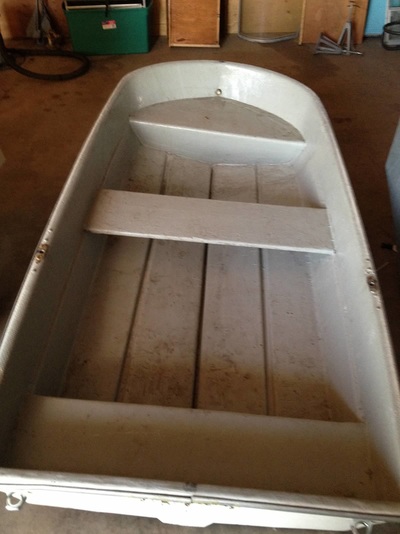 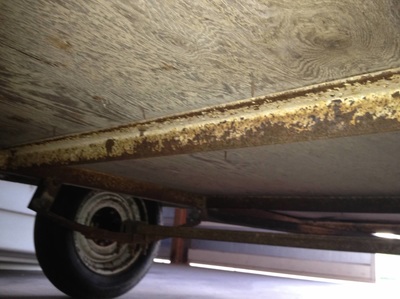 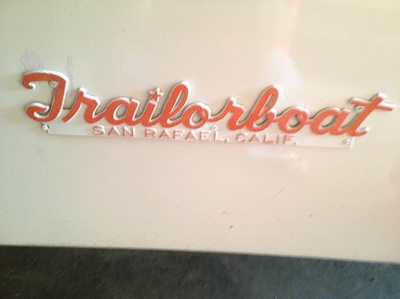 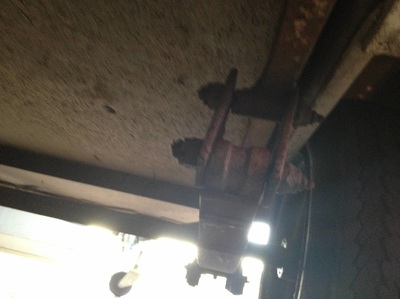 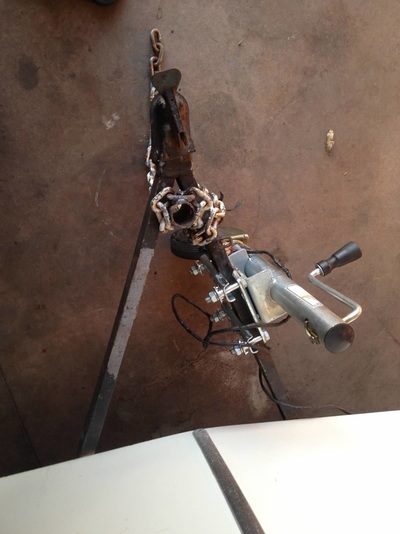 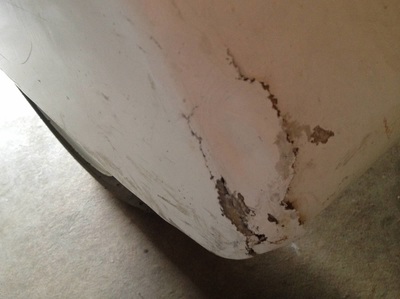 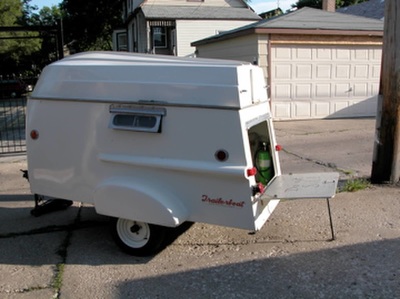 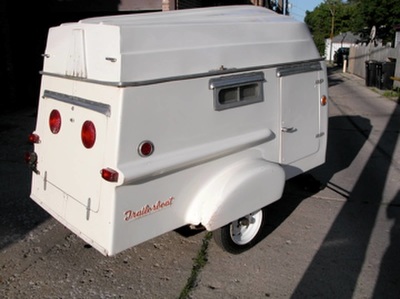